skip to main | skip to sidebar

Steve McLean and clubmate Trace Peters of Southport Waterloo Athletic Club won the pairs competition in South Ribble Orienteering Club's Street League. Trace is a novice orienteer but navigated well and ran strongly in her 5 league races. Tonight's race in Leyland was a special extra and was followed by a presentation of various trophies and certificates.  A photo of Steve and Trace in action at the start of tonight's race is here. The map and their route is below with others here. Other Club Nighters Darren Baker and Elaine Sutton also ran well throughout the series. 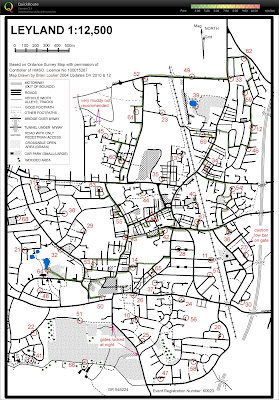 Every Monday - FREE sessions this month.

Great training
Ideal for those looking to have fun and get fitter. Sessions tailored depending on ages and abilities of those attending.